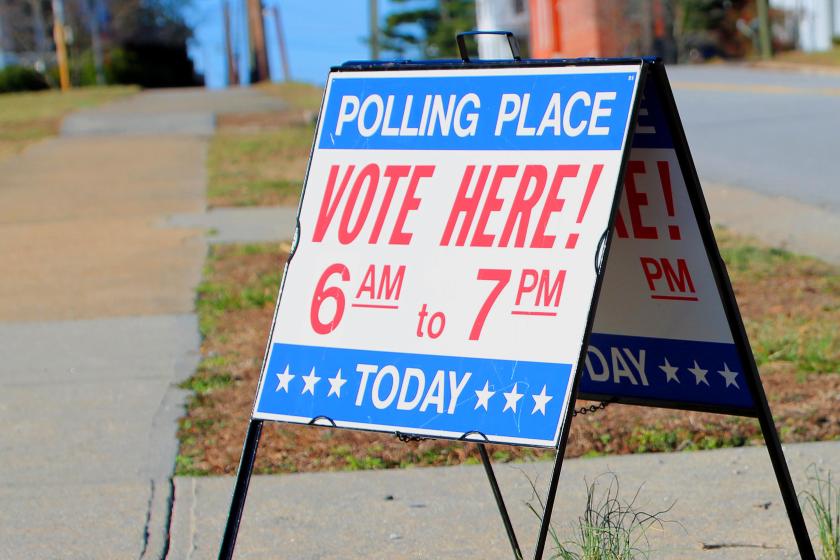 In general, when people think about Work In Process (WIP), an operation with an assembly line comes to mind with tangible inputs being changed into tangible outputs.

Certainly the image of an assembly line is accurate as far as it goes, but according to the Harvard Business School a WIP operation refers “to a process that takes inputs and changes them into outputs of greater value” including “ the claim-processing department of an insurance company”.  Therefore, “WIP refers to inputs that are still in the operation” but are not necessarily the kinds of tangible products people normally think of.

With WIP and creativity in mind, it is interesting to speculate how RFID might be used in current election operations. So let’s see how this technology might be utilized.

Take, for instance, presidential campaigns; the race itself is an operation that gives rise to all sorts of points where NFC (near-field technology) might be implemented to deliver streamline and ensure accurate voting processes.

Thinking creatively, kiosks could be placed outside of polling places (libraries, for instance) months before and continuing on to the day of the election where uninformed voters or undecided voters could learn more about a candidate by touching their phones or a supplied receptor to tags that display the candidate’s profile, the candidate’s voting record (in the case of a politician who has previously served) and the candidate’s published views on issues.

On the other side of the coin, the kiosk provider, whether a political party, a pollster, or another entity could gather information about the voting public using the same tagging technology to give electronic data for analysis.

As WIP progresses, this demographic information, in concert with other gathered data, would help to determine which locations are best suited for a campaign stop and which issues the candidate should particularly hit in a speech to the attendees.

Creative tagging of attendees (perhaps with RFID credential tags) at a whistle stop event could transpond data that would identify supporters and enable list generation of possible people to mail and phone.

Because of the switch from the land to the cell phone technology, campaign volunteers waste hours calling identified voters who have dropped their telephone connections. With permissions in place, an innovative approach to phone contact would make the person to person bottleneck much more efficient.

In connection with a candidate’s calling campaign, another point in the WIP of electing a president is sign or placard distribution. Signs and placards with RFID tags could be distributed more evenly and strategically using RFID tags place on the signage. Volunteers at campaign headquarters could determine if tagged signs were being warehoused or being placed.  Alerts could also be given for sign defacement or removal. In the case of billboard signage, defacement might be a major cause for concern.

Much can be made of the materials distribute by political campaigns. Some signage, documents, and posters have been manipulated to distract from the candidate’s character and, in some cases, such doctoring has become an issue.  RFID tagging could clarify the authenticity of these materials if the items were tagged.

One of the benefits of RFID tagging is the detection of counterfeit materials; in the case of an erroneous or illegitimate piece of propaganda, a candidate would have a tool for defense if originals were able to be easily identified and verified using advanced methods.

Of course, convention credentials work into the WIP of a presidential campaign. Badges are generally distributed to delegates at district, state and national events based on these credentials. The badges can be RFID tagged to record the votes made at the conventions in real time, a tremendous time saver. In addition, the tags will also give more accurate vote tallies than human tabulation. An added benefit is that the results also give a candidate real time insight into ways to respond to the particular electorate mingling or speaking at the event and at events thereafter.

RFID enabled checkpoints at the doors or RFID access controlled parking areas (using RFID rearview mirror tags) can also admit or restrict people entering conventions and major speaking events curtailing potential hecklers and even those who might threaten the life of the candidate. That being said, cutting distractors through technology also enhances the event for the candidate and the attendees.

Finally, at the voting location, officials might verify voters through RFID technology so lines can move quickly, accurately and without scrutiny if voter id cards are used, thus, encouraging more people to vote. Vote tabulation too can be done quickly and accurately so results are delivered in a timely manner since the candidate and the public is anxious for results. Albeit, concern has been raised over hackers compromising the system and more security measures are left to be discovered.

With WIP and creativity in mind, the final output is a better and safer election process.

In actuality, many other ways may exist in which RFID tagging coupled with an entire RFID system can enhance the Work In Process of the election system. Here, only some have been envisioned, hopefully for the good of the system and the electorate.

Similar adaptations of RFID technology can be used in other situations where conveyors and more tangible products are not in play: banking, healthcare, etc.  As always, new technologies force us to put our most creative juices to work.