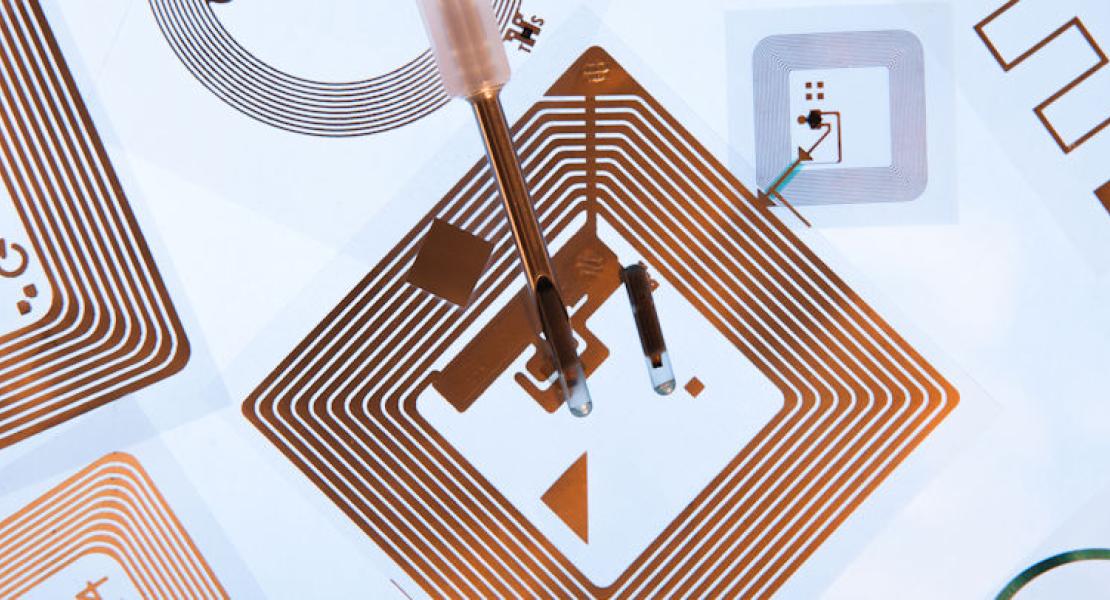 Typically, when someone is trying to break down and explain a complicated subject they talk about the ABC’s of that subject. We’re also all about acronyms, so to help you remember the three key pieces of RFID tag development, we’ll dive into the ABC’s of ACE: Antennas, Chips and Environment.

Antennas: the design of the inlay is extremely important in the development of an RFID tag. The antenna is often referred to as the “ears” of the inlay because it is what attracts and catches the RF signal being emitted from the reader. Think of an old television set that had the antenna poking out of the top (yes, I am dating myself here). You moved the antenna around, possibly extending it to get better reception. You may have even added aluminum foil to the ends to improve performance. The same principle applies here.

Inlay designs vary in their performance on different substrates. For example, inlay #1 could perform at 40ft on plastic but only 20ft on glass, and inlay #2 could perform at 20ft on plastic and 40 ft on glass. This is based on the antenna’s ability to absorb RF energy effectively based upon the material surrounding it. All substrates, except for metal which reflects RF energy, absorb RF to some degree; therefore, the inlay’s ability to absorb more RF than the surface it’s on is critical in identifying the performance/read range of that antenna design.

Environment:  the environment plays a huge role in RFID tag development because of the potential impact it can have on performance by way of interference. In other words, there could be things in the environment that block some of the total amount of RF emitted from the reader, which in turn takes away more chances for the RF signal to reach the antenna with enough power. Environment, even though it’s not part of the actual tag, is figured into every stage of the design of a custom-built RFID solution.

When looking at these three items, there is not one thing that overrides the others in terms as the most important factor in RFID tag development. They must all three work together to achieve the desired performance in the user’s application.