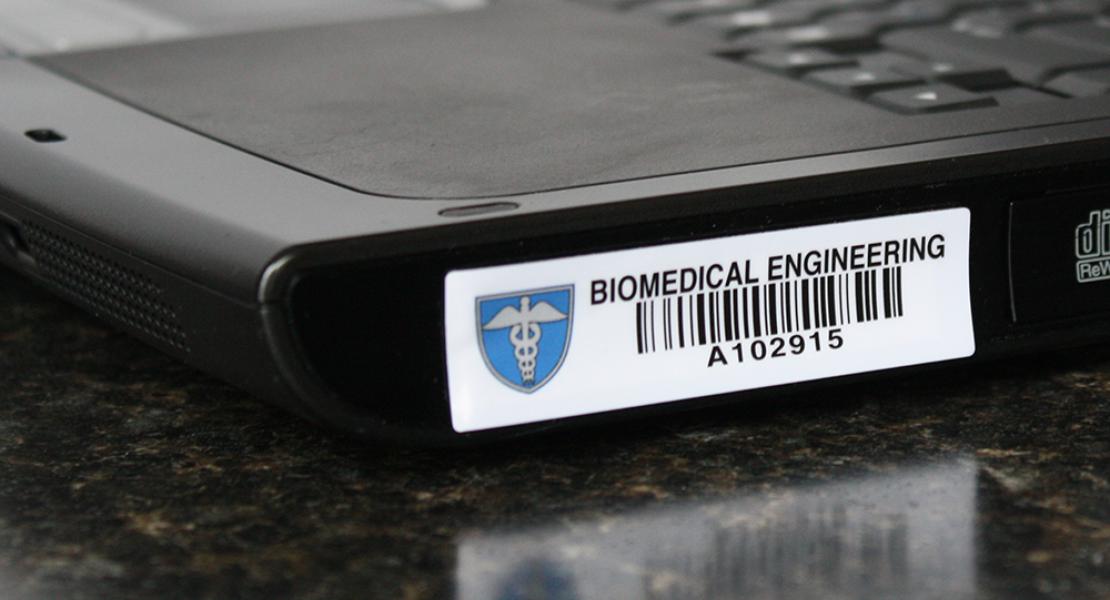 Customers for RFID tag technology will find numerous options when purchasing tags. Choices usually depend upon the cost, the application and the design requirements more so than esthetics. Materials, affixing methods, environments, sizes, and production times are considered while making the choice, as is numbering.

So-called numbering options use terms such as “serialized/unserialized” and “barcode with human readable numbers (RFID programming included).”  Used for counting assets whether similar or disparate, numbering options also facilitate permission or access rights and file directives within programming material directed to the asset.

“Serialization” has to do with similarity and “unserialization” with disparity. In the tag converting industry, when assets are serialized, absolute similarity of assets is assumed to an extent, but the identical assets eventually have to be identified as unique within their similarity. For example, in a shipment of 24 pairs of pants (size 42, relaxed fit, indigo blue jeans), each pair must be identified as unique for inventory and other purposes.

Serialization (or marshaling) is turning a specific existing object ie. (the jeans) into a binary code that rests within a chip’s memory. In programming, the binary code is usually expressed in numbers for human conceptualization.  (This binary code is often called a serial number, although, perhaps, not technically a correct use of the term.)

Usually, chip manufacturers assign to the code and thereby the chip all the data bits needed to identify the group of assets  (the 24 pairs of jeans shipment) before supplying the formatted chip (inlay) to a tag manufacturer (converter). But, assigning the data bits that individualize the chip and the tag is the tag manufacturer’s responsibility-it “serializes” by assigning additional data to the binary code and, subsequently, to the chip.

Unserialization (or unmarshalling) is, somewhat, the opposite idea. This process deals with assigning identification memory to assets that do not belong to a group, but still need to be individualized (i.e a stone washed pair of jeans) again constructing an existing object from binary code stored within a memory chip. Unserialize asset stand alone.

In other words, serialization has to do with the engineering of electronic states within a chip (integrated circuit) that capture the unique essence of the object. For humans to conceptualize and manipulate these unique states, binary codes represented by numbers are used. These numbers you may or may not see on tags, but they have been used in programming.

Of course, one obvious reason is that serialization permits particulars to be added to or taken from a database in real time and enables data on a particular asset to be retrieved easily. Upon comparison of data to tangible asset, it justifies the state of the specific asset. Because each asset in an inventory looks the same as its neighbor, it is easy to overlook particular assets. Theft, misplacement, transit or mechanical error all might be causes, but, whatever, the missing somehow must be accounted for otherwise inventory and profit will suffer under poor management of goods.

Another advantage of serialization is that an asset is identified specifically  in multiple programs so it interfaces seamlessly to perform complex tasks.

Such persistence allows switching systems, relay systems and more to be planned more readily in programming.

Serialization also deters and detects counterfeiting. Although it can be done, fake chips encoded with such detailed serialization are difficult to engineer. In complex situations, since both serializing and deserializing use the same distinct binary streams and can be done simultaneously, differences can be detected between the objects being serialized and their prior copies. (Authorities could ascertained fakes by checking the serialization code on Prada handbags sold on street corners.) This capability is also helpful in programming chips for items that will change over time.

Finally an additional numbering options for tag buyers is to order barcodes with RFID. This option provides the above benefits of RFID with the addition of barcoding which uses numbering similar to the numbering used in RFID. In some situations, the two technologies make for a more robust identification system than when each is used alone. Enterprises transitioning from one technology to the other, might find the dual numbering is especially helpful. Numbers, usually hex numbers to represent the binary code, can be printed on the face of tags and supplied to technicians for easy human access to data.

It is obvious that a hierarchy exists in tag production from copy only functionality to RFID functionality with barcode capabilities. What is adequate for one enterprise may not be for the next. Prudence would dictate that working closely with an experienced tag manufacturer/conveyor is essential when picking the tag for the need.