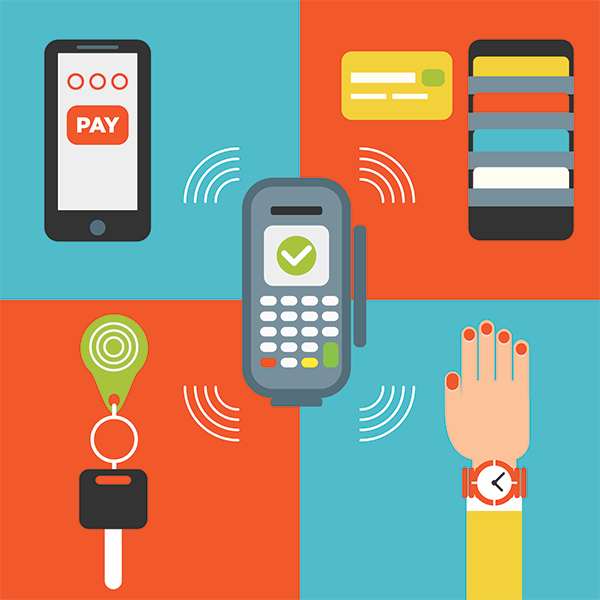 The current buzz word of all in the RFID space is "NFC". NFC stands for Near Field Communication. It is a wireless communication built on the principles of RFID. A big benefit of NFC over other RFID frameworks is an increase in security. The other difference of NFC is the ability to have two-way communications between devices.

As the name states, NFC is used only in the very near proximity of the two devices. The devices I speak of can be a number of things. It could be a conventional RFID label and a reader with an antenna, a cell phone communicating with an NFC-enabled label, or two cell phones communicating with each other.

There are positives and negatives of both NFC and UHF RFID, and these variables depend on the application at hand. UHF RFID drastically increases your read distance for applications in asset tracking and retail. In comparison, a UHF label is less expensive than an NFC label. The downfall with UHF is the price of the hardware needed to set up a UHF system. This is where NFC gains its competitive advantage.

Imagine everyone walking around with a reader. Consumers have readers, employees have readers and even teenagers have readers. The NFC-enabled smart phone has done this for NFC. This fact alone is what has sparked the interest in NFC, and rightfully so. Think of the possibilities with their environment with just the tap of their phone. The possibilities could be endless.

I want to give you a few examples of the possibilities of NFC. NFC could revolutionize the healthcare industry. A nurse can walk into a patient's room and use her phone to tap the wristband they are wearing and know what medications need to be given. From this, the hospital can track who administered the medication and at what time, which in a small way allows you to track the drug itself.

NFC is a marketing guru's dream. You can use NFC in stores to allow customers to quickly find promotional information on a product and access it right in stores. With the change to the digital world came a change of how a consumer purchases a product. 74 percent of people research and review products before even stepping into a store. Using NFC, you can give the customer a chance to do this with the tap of a device.

My final example is one I think is the best; imagine walking into a grocery store and having a list of items you need to buy. You skip grabbing a cart to put things in and pull out your cell phone instead. You walk down the aisle and see what you want; once you find it, you simply tap that item with your NFC-enabled smart phone. You continue this process until you have everything checked off your list. You walk to the exit and your groceries are already bagged and paid for and you walk them to your car.

All of these examples may currently seem far-fetched to some, but these are all possibilities with the power of NFC-enabled devices and NFC tags like Metalcraft produces. As with UHF RFID, the time for NFC to gain traction will take a while, but with the rise of cell phones that are NFC-enabled, you will see a rise in the applications and frameworks enabled by NFC.