Durable Barcode Labels - What Does it Mean To You? 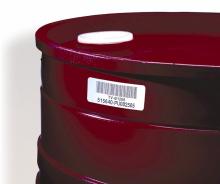 Durable - it's a term that is thrown around pretty loosely in our industry, but can mean different things to different people. Does it mean it stands up to high temperatures, chemicals, or abrasion? What about all three? 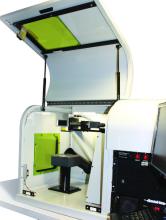 One of the key points in the UID mandate is the UII must last the lifetime of the item. This is true regardless of whether you are complying with a pre-printed UID label or are creating the UID labels onsite. Laser engraved UID nameplates are one way users can create their own UID nameplates onsite when quicker turnaround times are needed, but yet you don't want to sacrifice too much durability over pre-printed tags.

Keg Tracking: You’ve Got to Track ‘Em Before You Tap ‘Em

With all the beer commercials that regularly glut your television or computer screen, you might suspect that as the beer-keg rolls, so turns the world. That isn’t necessarily the case, of course. Beer sales from major breweries throughout North America remain highly profitable, although there has been little overall growth in consumption. However, what is a remarkable phenomenon over the past decade has been the continued rise of microbrews across America. As things stand, craft beer sales continue to increase by double digits each year.

On December 21, 2007, the U.S. Department of Transportation published a final rule explaining the Federal Highway Administrations (FHWA) requirements for maintaining traffic sign retroreflectivity. According to these requirements, which can be found in the Manual of Uniform Traffic Control Devices (MUTCD), all municipalities must maintain a minimum level of retroreflectivity for all traffic signs and pavement markings which are open to public travel. 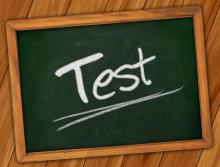 The crash test dummy is an icon of product testing that was especially popularized by public service announcements encouraging passengers to wear their seat belts. Crash dummies have evolved into sophisticated models of the passengers (humans -- and even dogs) that are used to best analyze automotive design and performance.

A thin profit margin in the convenience store business puts extra pressure on inventory control, so individual Casey's General Stores hold no inventory. Instead, delivered items are placed directly on the shelf space. The publicly owned chain's nearly 2,000 stores place orders that are filled in weekly shipments across 14 Midwestern states from 600,000 square feet of distribution center space in Iowa and Indiana.